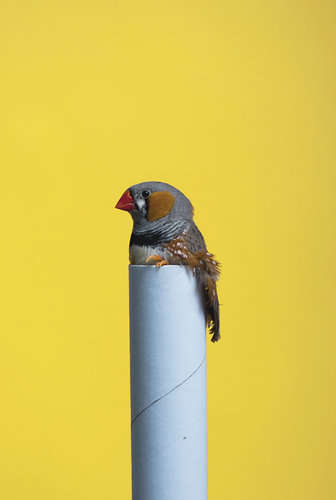 Csilla Klenyanszki Takes a Natural Approach to Her Quirky Sets

Meghan Young — May 10, 2013 — Fashion
References: klenyanszki & fastcodesign
Share on Facebook Share on Twitter Share on LinkedIn Share on Pinterest
Playing along the borders of nonsense, Csilla Klenyanszki creates surreal scenes that she then photographs to share with the world. Note the order of her process, instead of taking a photo first and then manipulating it, Csilla Klenyanszki relies solely on her artistic skills to handmake brow-raising scenarios that are more engaging because of it.

Born in Budapest, Hungary, Csilla Klenyanszki is based in Rotterdam, the Netherlands. A recent graduate of the BA Photography program at the Willem de Kooning Academy, her series X Marks the Spot really showcases what she learned as well as her own innate talents. Constantly looking for hidden possibilities, Csilla Klenyanski writes, "It's a game between my fantasy and the reality, which eventually creates something, that is unusual, but familiar at the same time."
6.4
Score
Popularity
Activity
Freshness
Attend Future Festival