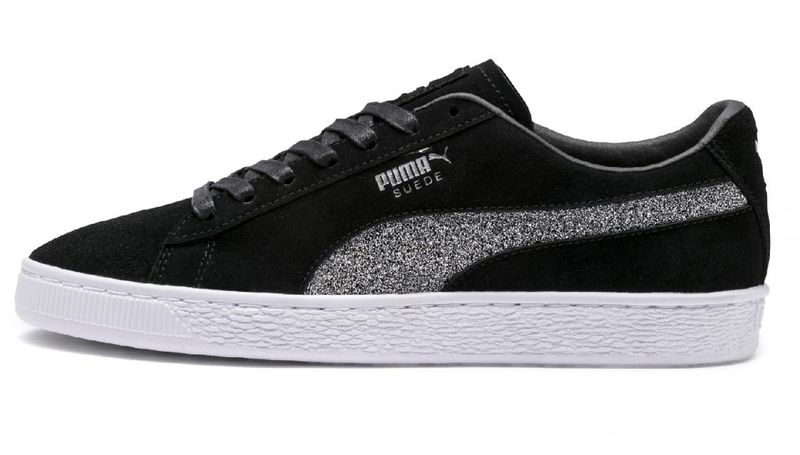 The Crystal-Studded PUMA Suede Was Made in with Swarovsk

Justin Lam — December 6, 2018 — Fashion
References: respect-mag & luxurylaunches
Share on Facebook Share on Twitter Share on LinkedIn Share on Pinterest
Originally launched in 1968, the PUMA Suede is considered to be an iconic sneaker for the brand, and in celebration of its 50th anniversary, the footwear company intends to release a crystal-studded PUMA Suede. Created in association with Swarovski, the crystal-studded PUMA Suede is meant to exude a sense of breathtaking elegance while also enhancing the shoe's iconic contemporary style.

Serving as an example of the creative culmination of forces at Swarovski and PUMA, this limited-edition sneaker dons a suede black upper, a clean white sole, and black waxed laces. The core design elements are complemented by form strip garnished in Swarovski crystals, adding an illustrious contrast to the jet black upper.

The limited-edition crystal-studded PUMA Suede will be officially released on December 13, 2018.