Storytelling in the Digital Age 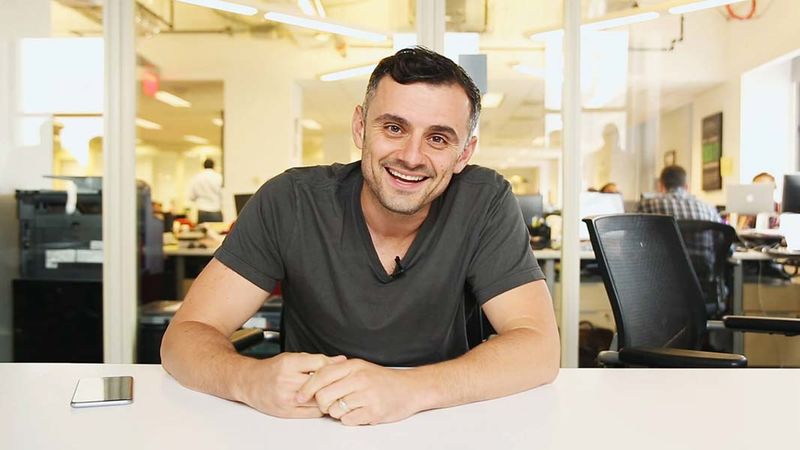 We Asked Gary Vaynerchuk What Goes into 'Crushing It!'

In ‘Crushing It!,’ the five-time New York Times bestselling author outlines new lessons on how to create a successful personal brand in a growing online landscape, drawing from his own experiences, as well as from those of fellow entrepreneurs and influencers.

We chatted with him to get a deeper understanding of the benefits of different social platforms, why quality prevails over metrics, the importance of deploying perspective, how kindness impacts business, and what the collaborative effort with K-Swiss means to him.

How thoroughly has the rise of social media marketing and influencing impacted the entrepreneurial landscape in your view? How important is it to maintain an online presence in today’s business world?

Tremendously. Social media is just the current state of the Internet. The Internet is probably the greatest invention in the history of mankind, and I don’t think we’ve really realized that yet because it’s happening during our time and it’s still so early. Our grandparents didn’t have the options that we have to build side hustles because the potential of even just the cellphones we have is so extraordinary.

The devices that most of us hold in our pockets are literally more advanced in computing power than what president Reagan had running the free world. Due to this, social media has completely changed things. When it comes to a personal brand, social media can be the ultimate leverage, as it sits with you.

That said, it’s not for everybody. There’re a lot of people who are introverted who don’t have any interest in opening their life up to the public and want to maintain their privacy. I don’t think I can say as a blanket statement that everybody should build a personal brand, but if you’re a good person and you have something to say, there is no bigger nirvana.

What platforms do you see being the most essential for entrepreneurs and small business owners who are looking to reach their audiences? Are there any that have surprised you?

I would say Facebook and Instagram are musts. To me, those are two of the most influential platforms. In the second tier, I would recommend thinking about YouTube, Twitter and Snapchat. I think that all small businesses should be on Facebook because the scale is there. Instagram is well on its way to being a similarly scaled platform, and between that and Facebook, you’re really able to cover most age groups.

As far as there being any that have surprised me, I don’t know if there have been. I don’t tend to judge new platforms, I react to them. So when I hear about newer platforms like Vero, I don’t readily develop an opinion around them. I like to watch how people use them, and then react to that. I will say though that in terms of content sharing, podcasting has really taken off. It’s come back in the last five years and it’s something that entrepreneurs should really be aware of.

In relation to that, what have been your reactions to apps like musical.ly, which are being used by a much younger demographic?

I’ve believed in musical.ly’s potential for years because I saw its ability to hit a completely new demographic. People were getting cell phones at very young ages and didn’t have access to a safe platform where they could easily connect to their peers. That’s where musical.ly came in. It filled the gap in the market for 9-12 year olds, and bridged the space between YouTubers and Snapchatters.

You’ve spoken about the importance of being genuine online, how do you advise people maintain this when “likes” and “followers” are still such a large part of a strong social presence in people’s minds?

They need to get that out of their minds. When you get caught in the rabbit hole of worrying about metrics, you’re beginning the decline of your upside. That is it. If you’re playing and pandering to likes and followers, you will never win this game.

You should be asking yourself, “Am I bringing people something that has meaning? Does it make them laugh, inspire them, or make them feel a certain way?” For me, it’s binary. Whether you care about those likes and follows or you don’t. I truly believe that my 10 year run in this space has had to do with my inability to even think of that variable.

As soon as that’s out of your mind you’re no longer pandering to things like engagement groups and finding ways to hack the algorithm, or being overly emotional when the algorithm changes and affects your metrics. It’s human nature to care about things like this, it’s why people get fancy clothes and cars, I get it, but it is without a doubt the quickest way to begin your decline.

What are the three most important things to keep in mind for someone who wants to build a public-facing personal brand?

Number one, you better be a good person and recognize that if you have skeletons in your closet you better own them, or you’re going to be very vulnerable. You can’t expect to hide now, we’ve seen it with things like the #MeToo movement, which is phenomenal.

Number three, you have to respect context. The same picture isn’t going to work across every platform, and you have to have an understanding of the psychology of the person when they’re on each platform you’re using to make sure that your content pops and resonates. Remembering that context, not just content, is essential.

I deploy perspective. Probably once a day, I pretend my mom dies. I know that’s a fucked up and awkward thing to say, but it just helps me realize that there’s nothing that happens in business that matters more than the health and well-being of my family.

I constantly try to recognize these patterns, and drill it into my ethos so that I can really maintain an understanding of what makes me happy, and then make my decisions around that. I think a lot of people have trouble keeping business in perspective. I implore people to make deploying perspective a part of their daily ritual, so that they don’t let convoluted ideas get in the way of what makes them happy, and in turn, successful.

How has kindness, humbleness, respect, and inclusion positively impacted you? Do you find that your mindset has changed when you incorporate new perspectives?

On the second point, incorporating new and diverse perspectives has definitely affected me in a positive way, although I haven't really spent a lot of time thinking about how my mind has changed because of that specifically. However, I believe that kindness, humbleness, respect and inclusion is without question the foundation of my success.

Karma is practical. Doing the right thing is always the right thing to do. Being nice works, and it helps. It makes people want to cheer for you rather than tear you down. I think it’s the concrete and steel underneath my building, and it’s allowed me to grow so much. There is no way that I would be able to be as brash, competitive, and out there as I am and be here if I wasn’t relying on that truth.

What inspired you to collaborate with K-Swiss for the release of ‘Crushing It!’? Do you have any upcoming plans for more footwear or fashion releases?

I’m debating fashion releases right now, but for footwear, I have a release in both June and September: the 003 and the 004, last year I put out the 001 and 002. The 'Crushing It!' shoes made in collaboration with K-Swiss were just kind of a result of them being nice to me, and saying that they could create a limited edition run of sneakers to go along with the promotion of the book.

Frankly, it also just gave me the opportunity to visit Toronto and London and just do some fun events. What really excited me about the whole thing was just the audacity of the project. Even the idea of a business man’s sneaker is funny, but 18 months ago we decided to go for it. I like doing things like this, because it’s always a win-win. Either it works and I get the legacy of being the first to do something like it, or it doesn't work, and my friends get to make fun of me and that’s just funny in itself. I think the ambition of the project is what really attracted me to it.