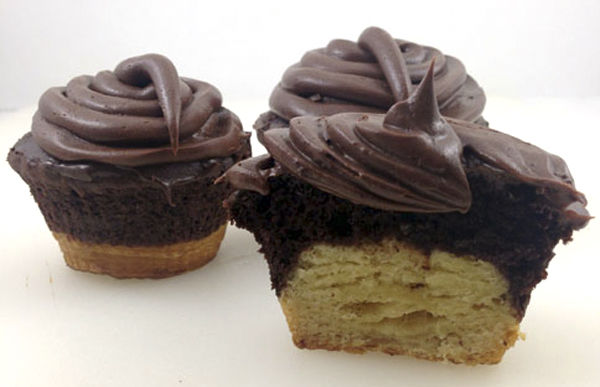 Meghan Young — December 6, 2014 — Lifestyle
References: dudefoods & foodbeast
The cronut has paved the way for equally amazing hybrid desserts and this croissant cupcake is a great example. Dubbed the 'Crupcake,' the croissant cupcake is exactly what it sounds like. Made using croissant dough, the dessert takes on the shape of a cupcake and even boasts a delicious layer of icing on top.