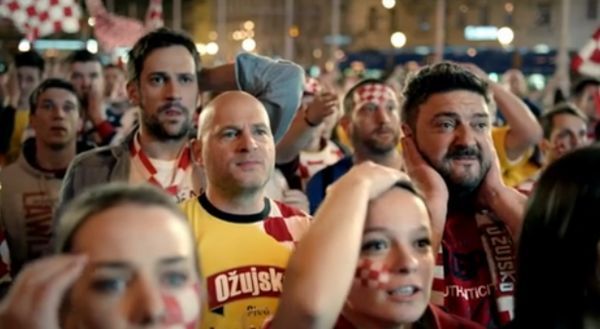 Rahul Kalvapalle — May 12, 2014 — Lifestyle
References: hns-cff.hr & belfasttelegraph
Share on Facebook Share on Twitter Share on LinkedIn Share on Pinterest
These thrilling Croatian World Cup ad is an attempt at firing up Croatian football fans ahead of the country's World Cup campaign in Brazil. The ad for beer label Ozujsko has a bold tagline, 'We're here to leave a mark.'

Despite boasting some talented players, Croatia is not considered one of the favorites to win the World Cup. What's more, the Croatian team is in line for a baptism of fire, having to face tournament hosts and favorites Brazil in the opening game of the tournament.

The Ozujsko ad boldly states that even though the Croatians will be playing 10,000 kilometers away from home and will be up against the likes of Brazil, the team will be unfazed as they will 'defend better,' 'kick harder' and 'celebrate stronger.'