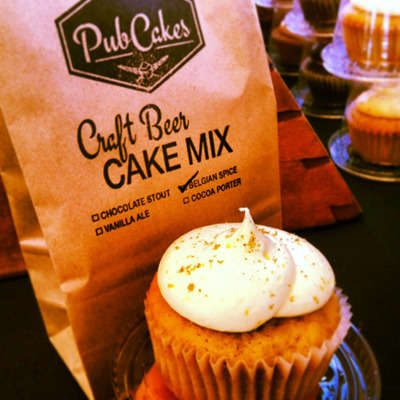 Amanda Greer — August 18, 2013 — Lifestyle
References: kickstarter & lostateminor
KickStarter project PubCakes has garnered a ton of attention for their ingenious dessert creation that combines all the splendor of a soft and fluffy cupcake with the deliciousness of a solid craft beer recipe.

PubCakes was started by a cake designer by the name of Misty Birchall who wanted to spread her baking skills throughout North America. To do this, she created a cake mix with the help of KickStarter to sell in grocery stores and bakeries around the continent. This mix uses the richness of craft beer along with the sweetness of a cake mix to produce a surprisingly delicious confection.

Craft beers are growing in popularity all over the world, as many people switch from big brands like Budweiser in favor of their local breweries, from Flying Monkey to Steamwhistle. This has caused a ton of interest in craft beer recipes, which makes Birchall's foray into the alcoholic baking industry a huge success and a brilliant plan. Hopefully her PubCakes will make their way to Canada soon: it's only a matter of time!
3.4
Score
Popularity
Activity
Freshness