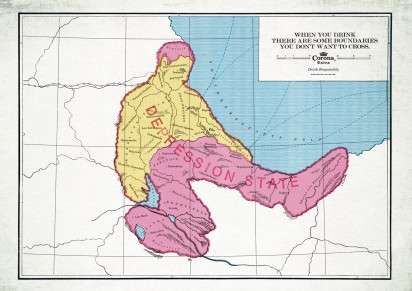 Conceived and executed by JWT, an ad agency based in Madrid, Spain, the Corona Extra Drink Responsibly ad campaign depicts these avoidable scenarios through a set of geographical illustrations. For instance, ‘Depression State’ takes the form of a slumped-over man with cities like ‘Self Hatred,’ ‘Mental Disorder’ and ‘Reduced Appetite.’ These illustrations are accompanied by the sentence, “When you drink there are some boundaries you don’t want to cross.”