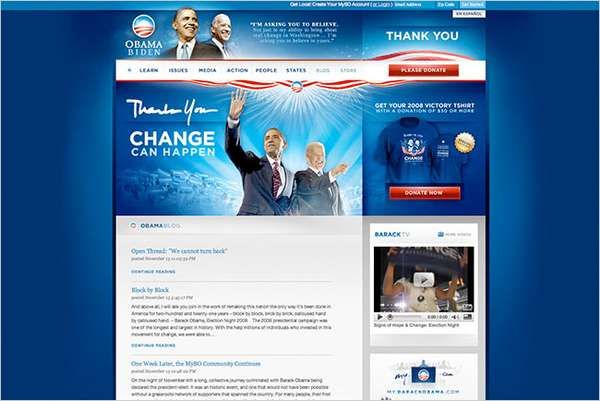 The New York Times says in reference to Netanyahu’s website, “The colors, the fonts, the icons for donating and volunteering, the use of videos, and the social networking Facebook-type options--including Twitter, which hardly exists in Israel--all reflect a conscious effort by the Netanyahu campaign to learn from the Obama success.”

Is Netanyahu a shameless copycat, or someone who’s not afraid to recognize excellence and follow in its footsteps?
0.6
Score
Popularity
Activity
Freshness
Get Trend Hunter Dashboard