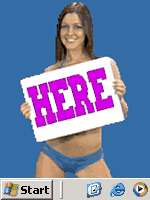 Ben Preiss — September 6, 2007 — Naughty
References: ocregister & nytimes
Hookers have been apparently been using Craigslist to hook up with clients for a while, sometimes even using it as a convenient way to book a weekend full of appointments in other states. Now the police are finding equally convenient to bust them and their johns using Craigslist. Thanks to Craigslist, Sandpoint, Idaho, population 8,105, had their first prostitution arrest since World War II according to the police chief. Thank God the alert law enforcement officers of Sandpoint were able to arrest the prostitute before she could score at one of the town's five crystal meth labs or there is no telling what could destruction she could have caused.
6.1
Score
Popularity
Activity
Freshness