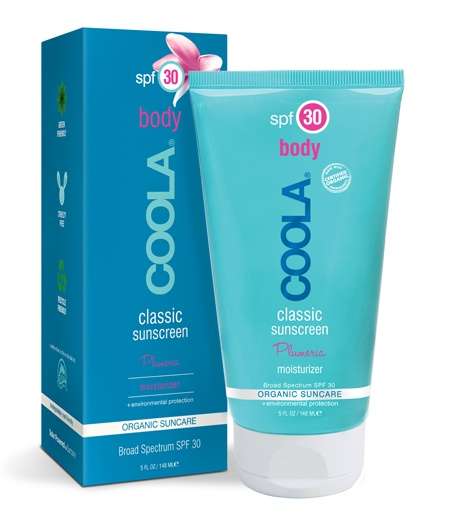 Tiana Reid — January 26, 2013 — Social Good
References: coolasuncare & pinterest
Share on Facebook Share on Twitter Share on LinkedIn Share on Pinterest
Of course it's in sunny San Diego, California where COOLA, eco-friendly sun care company, is based. It screams Southern California: everything from the poppy green, sea blue and dark blue packaging to their news coverage in various glossy magazines people tend to take to the beach such as Marie Claire, British Vogue, Elle, Lucky and American Spa as well as their "Team COOLA" members, which include paddle boarder champions.

COOLA is a sun care brand that uses organic ingredients in its products, many of which include sport-specific lotions for the face, the body and the lips. In 2012, the company was awarded the Environmental Working Group's highest ranked non-mineral sunscreen.