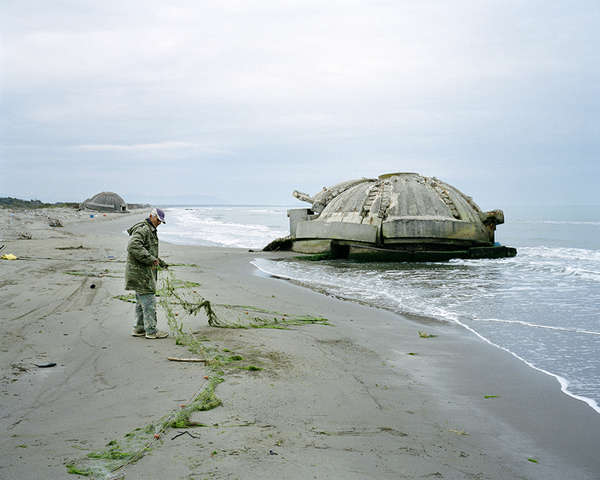 Concresco by David Galjaard Captures Relics From an Brutal Past

Meghan Young — February 6, 2013 — Fashion
References: davidgaljaard.nl & visualnews
The photo series titled Concresco by David Galjaard provides a glimpse of an Albanian landscape rarely acknowledged. The country might have been chosen as the No.1 Destination in Lonely Planet’s list of ten top countries to visit for 2011, but it has a sad history of a Stalinist dictatorship that once threatened its people. The Dutch photographer captures one of the last remaining relics from the oppressive rule of Enver Hoxha, over 750,000 abandoned cement bunkers.

Located on every place imaginable from seasides to cemeteries and cliffs, the bunkers captured in the photo series Concresco by David Galjaard are like something straight out of a sci-fi flick. Turned into a book, the series won First PhotoBook Award in this year’s Paris Photo-Aperture Foundation PhotoBook Awards.
6.4
Score
Popularity
Activity
Freshness