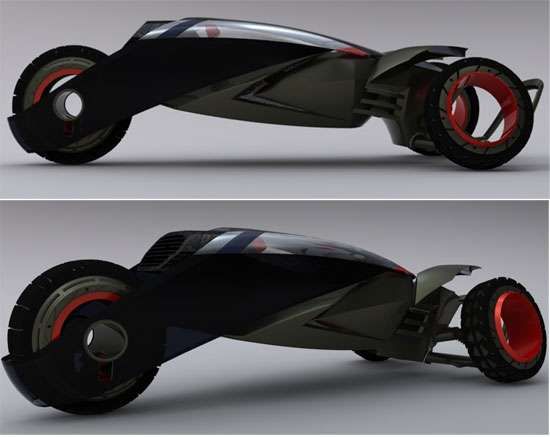 RAPPA, a Concept Highway Patrol Vehicle Made to Serve and Protect

According to Naresh Chauhan, this futuristic concept highway patrol vehicle presents “radical steering, [and] the vehicle is controlled by the body balance, as the rider is required to lean toward the right side for a right turn or the left side for left turn, while the back part swivels to accommodate the body movement of the rider.” What’s more, it “features onscreen navigation and a single button patrol mode, saving the extra power consumed by unneeded energy draining lights. The RAPPA lets the rider in and out through the sliding front of the cockpit, which also doubles as the LED sign of the police patrol vehicle.”

Who needs caped crusaders? Once this concept highway patrol vehicle hits the blacktop (I don’t doubt that it will) everyone will be obeying the rules of the road, and I mean everyone.
4.9
Score
Popularity
Activity
Freshness
Jeremy Gutsche Keynote Speaker

Driverless Vehicles
The ATNMBL Concept Car Focuses on the Passenger, Not Driver

Shape Shifting Cars
The Plus! Concept Car is Designed for a Future Megalopolis