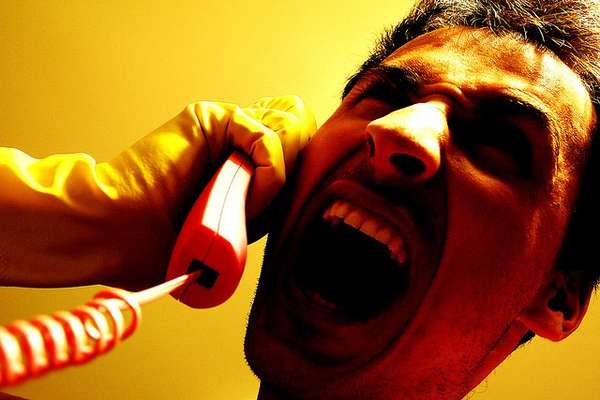 Harris Jay Rosenberg Alterman — December 1, 2011 — Tech
References: uc3m.es & gizmag
Share on Facebook Share on Twitter Share on LinkedIn Share on Pinterest
A group of scientists at the Universidad Carlos III de Madrid in Spain have invented a computer system that can detect a person's emotions and will change its behavior to make the experience less of a nightmare. The end of spending hours on the phone in an infinite loop of automated messages may be over. The computer system listens to a person's voice and analyzes the pitch, length of pauses, pace of dialogue and volume. Once this information is analyzed, the computer responds with an appropriate action. For example, if the computer can tell that you are frustrated, it will respond with messages directed at your mood and try to defuse the situation. The scientists working on this project have already tested a prototype and results showed people having shorter, happier conversations.

This invention by scientists at the Universidad Carlos III de Madrid shows innovation at its finest. This computer system has the potential to radically change the way companies run their automated telephone systems. Most people complain about awful automated telephone systems but figure that there is no solution. However, this is not what an entrepreneur does. An entrepreneur looks at the problem and thinks, "Why can't I solve this? Every problem is solvable." These scientists are true innovators because they broke away from conventional thinking.
1.1
Score
Popularity
Activity
Freshness
Get Trend Hunter Dashboard