40 Revivals of the Flapper Girl 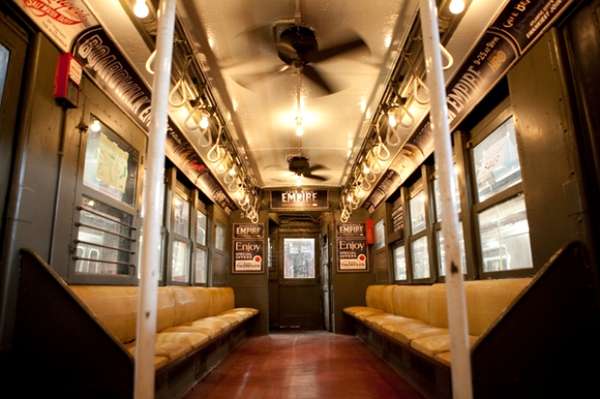 Michael Hines — September 7, 2011 — Autos
References: hbo & fastcompany
HBO is attempting to generate some serious publicity for the return of Boardwalk Empire with the 'Compliments of Nucky' campaign. Compliments of Nucky (named after the show's Nucky Thompson) is a multi-part ad campaign involving a 1920s train car, a New Jersey beautification project and a Living Social deal.

Perhaps the most awesome part of the Compliments of Nucky campaign is the 1920s train car that will be put back into service. The car, currently used during the holidays, will be decked out in Boardwalk Empire ads and will operate on weekends during September at the 42nd, 72nd and 96th Street stops. HBO's Compliments of Nucky has also sponsored a beautification project in Atlantic City (the show's setting). If that weren't enough, the campaign will also pick up the tabs of drivers heading eastbound on the Pleasantville toll from the Atlantic City Expressway.