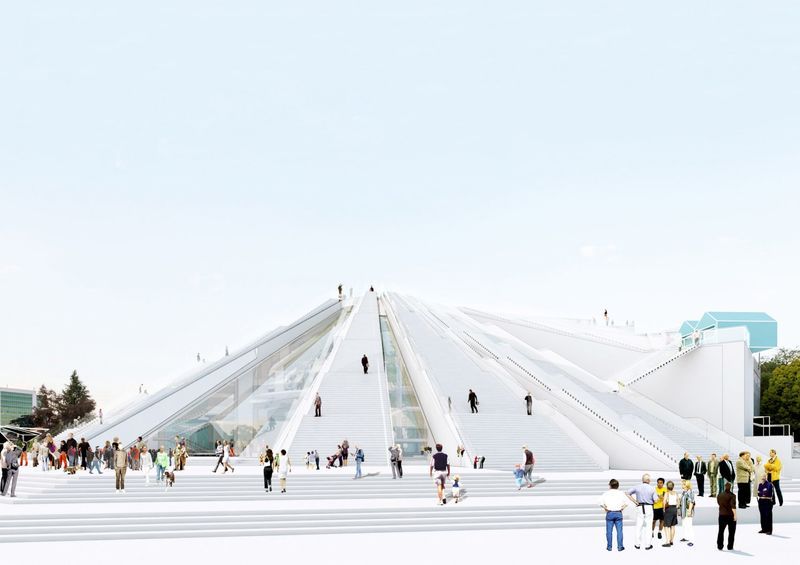 MVRDV is Converting a Former Communist Monument in a Public Facility

Joey Haar — May 21, 2018 — Art & Design
References: dezeen
Share on Facebook Share on Twitter Share on LinkedIn Share on Pinterest
As far as world history is concerned, the siren's song of capitalism has won out over the other-centered blight of communism, and a newly announced project from Dutch studio MVRDV gracefully depicts that changing socioeconomic landscape. The building was originally constructed as a communist monument, but it is being repurposed as a public center praising one of the modern highlights of capitalism: technology.

To be sure, the design of the original building, which is in Tirania, Albania, remains interesting by today's aesthetic standards. It is a fascinating take on a pyramid, with unevenly spaced platforms that lead up to the apex. The MVRDV redesign makes use of these platforms, turning them into tremendous staircases that rise all around the building.