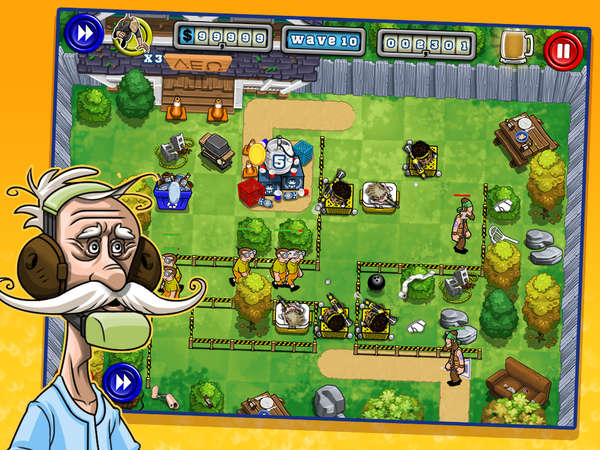 Classic Comedy ‘Old School’ is Brought to Gamers in Styl

Andrew Sztein — January 27, 2013 — Tech
References: itunes.apple & kotaku
When gamers clamor for more old school games, I don’t think this is what they had in mind, even if it is nice to see more comedy-based games.

I'm not talking old school in the vintage sense of the word, but rather Old School, the Todd Phillips-directed classic comedy starring Will Ferrell, Vince Vaughn and Luke Wilson as a bunch of 30-somethings who start their own fraternity at a local college. Hilarious hijinks ensure through clashes with the dean and substance abuse.

You may be wondering how a goofy comedy would translate to a game. Players are tasked with protecting their house from raucous college students and the evil dean by placing obstacles and pledges on the way to their base. It’s a tower defense game in the same vein as Plants vs. Zombies.