Phones Made of Corn 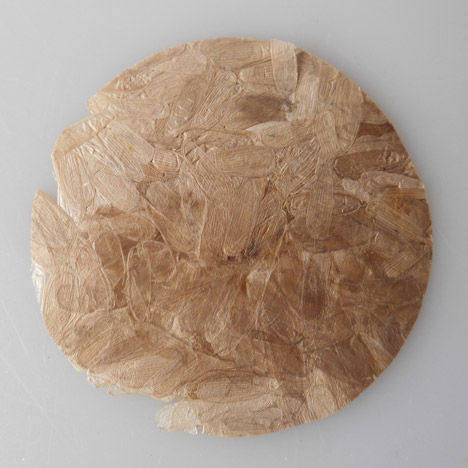 Coleoptera Bioplastic is Made Using the Shells of Dead Beetles

Michael Hines — October 31, 2013 — Eco
References: aagjehoekstra.nl & dezeen
Dutch designer Aagje Hoekstra has created Coleoptera bioplastic, a plastic made out of the shells of dead beetles. The name Coleoptera is the scientific name for beetles, and the beetles in question used to create the bioplastic are known as darkling beetles. The beetles are grown from mealworms, which in the Netherlands are raised for animal food. However, when the mealworms become beetles and die, the farmers simply throw them away. Hoekstra has upcycled these beetles to create a surprisingly durable and eye-catching plastic.

Coleoptera bioplastic is waterproof and can withstand temperatures of up to 392 degrees (Fahrenheit.) The designer has already used her beetle plastic to make jewelry and other decorative items, but she hopes to eventually create more functional pieces.
5.2
Score
Popularity
Activity
Freshness

Nutty Plastics
NEC Makes Cashew-Based Bioplastics for Use in Electronics