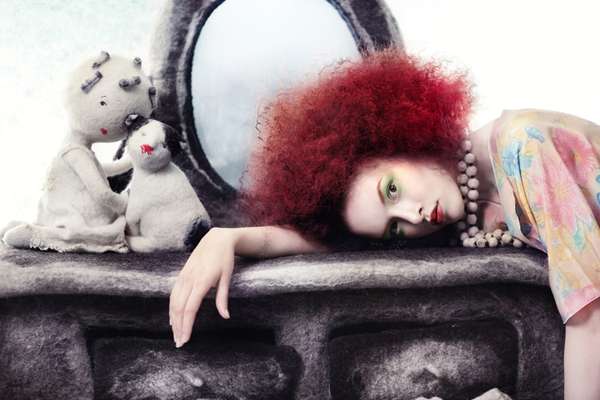 The Cloud of Memoirs﻿ Series is Fashionably Innocent and Fresh

Meghan Young — April 24, 2011 — Fashion
References: ayakovlev.photodom & behance.net
Share on Facebook Share on Twitter Share on LinkedIn Share on Pinterest
Sometimes one doesn't need to put a vintage finish on photos to stir up nostalgic feelings in the viewer; instead, you can simply revisit the past based on the theme of the shoot, as the Cloud of Memoirs photo series enables you to do. Surreal, fresh and full of vibrant energy, it channels a childlike innocence of imagination and playfulness.

Photographed by Andrey Yakovlev and art directed by Lili Aleeva, a dream team we've featured at Trend Hunter several times, the Cloud of Memoirs photo series basically follows a woman who has gone down memory lane back into her childhood. You could also see it as a young girl imagining she was older.

The Cloud of Memoirs﻿ photo series stars Maria Smirnova and Alina Orlova, who had their hair done by Oxana Zavarzina and makeup by Zhanna Bilalova.
4.2
Score
Popularity
Activity
Freshness
Get Better and Faster