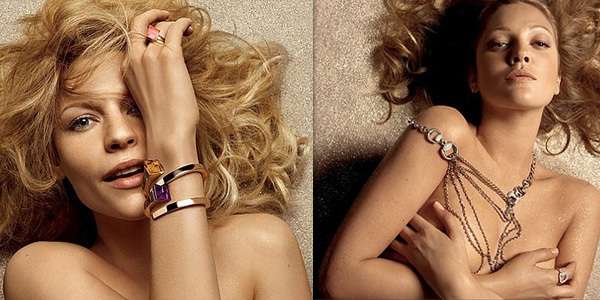 In addition to the Hollywood factor, Gucci must have been very happy with the results of the Barrymore campaign, because the new ads could very easily have been from that same shoot.

We could argue that the hair do and "jewelery on naked skin" art direction might not be avoidable, as they work well for such campaigns. But why use the same background and lighting? I mean, they are spending money on photographers, locations, make-up and a new face, so why not make the new ads look different?
3.2
Score
Popularity
Activity
Freshness
View Innovation Webinars