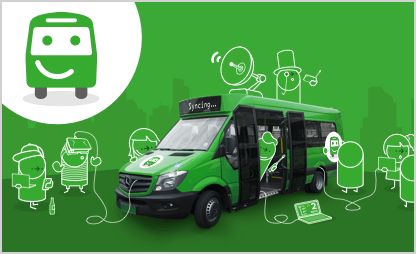 The Citymapper Smartbus Will Run Routes Through Central London

Joey Haar — May 9, 2017 — Autos
References: citymapper & theverge
Citymapper has long been a popular app in the core of London thanks to its adept skill in parsing the complex London transit system and offering up the quickest, most efficient route, so the company is making use of its data-crunching capabilities with a Citymapper Smartbus stable. The company believes that it can run a smarter bus service, and so it's released a set of buses decked out with technology that aims to be as efficient as possible.

The company is labeling its Citymapper Smartbus routes as a "pop-up" service, as it will run for just two days through central London. However, if the routes prove successful, the company hopes to expand it into a more regular service (such approval would be dependent on London's transport agency.)
4
Score
Popularity
Activity
Freshness