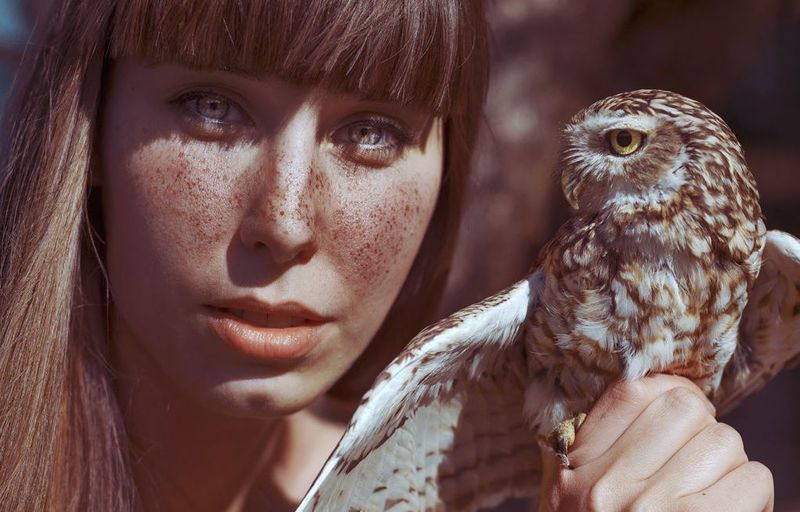 Included in the portrait series is a crow, owl, tortoise, snakes, fish and more, however the artist ensures that none of the animals were harmed during the project. Each image plays with color differently, each subject complemented by the creature they're paired with as well as Ciro Galluccio's careful choice in surroundings.

A woman with white blonde hair is shown against a white curtain with a crow perched on her -- which she often emulates the motions of. Meanwhile, Ciro Galluccio chooses a freckled brunette model to pose with the brown owl, who also seem to reflect one another in the portrait.
4.4
Score
Popularity
Activity
Freshness
Jeremy Gutsche Keynote Speaker