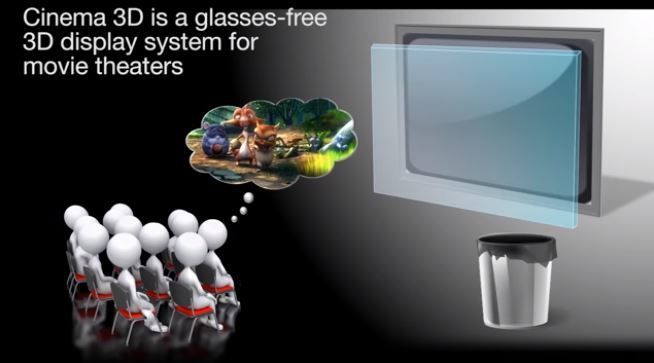 Joey Haar — July 27, 2016 — Tech
References: wisdom.weizmann.ac.il & theverge
Share on Facebook Share on Twitter Share on LinkedIn Share on Pinterest
Cinema 3D, a newly released technological innovation developed by researchers at MIT's Computer Science and Artificial Intelligence Lab, promises to bring moviegoers their spectacular 3D blockbusters without forcing them to wear special glasses. While glasses-free 3D imaging exists in portable video game devices and on TVs, those systems require users to view the screen from a very precise distance and angle, one that can't be replicated in a theater full of people. Cinema 3D solves that problem with a screen system that presents 3D images to every seat in a theater.

The key to the technology is in the fact that, once viewers are seated for a movie, they don't need to move. Researchers seized on this immobility, using a system of "parallax barriers" and mirrors to mimic the previous technology but apply it each seat in the house, effectively giving each viewer a personalized 3D experience.

3D-Cancelling Specs
These 2D Glasses Save You From Headaches
play_circle_filled