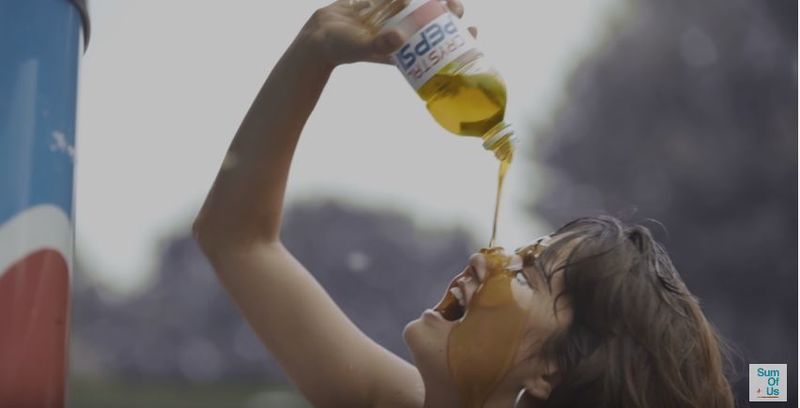 Rather than getting a bottle of ice cold pop like in the original Cindy Crawford Pepsi ad, SumOfUs shows a lookalike buy a bottle of palm oil from a vending machine. With the liquid encased in a branded bottle, the model pours the palm oil over herself in front of a crowd of young boys, who quickly become repulsed by her actions.

Following this, a message from SumOfUs appears, which states that the pop company "buys over 470,000 tons of palm oil per year" and that its products are exploiting Indonesian workers and contribute to the destruction of the rain forest.
5.5
Score
Popularity
Activity
Freshness
View Innovation Webinars