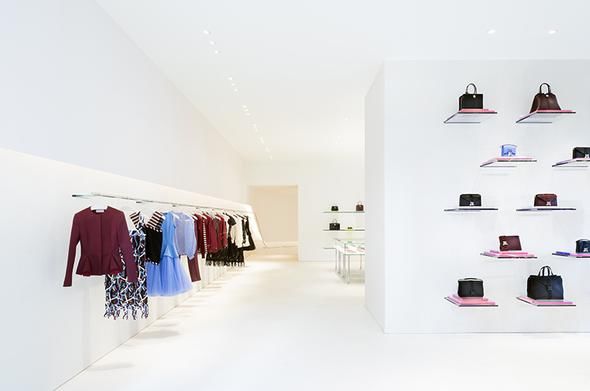 Rebecca Byers — February 20, 2015 — Fashion
References: style & luxuo
Ahead of fall/winter 2015 London Fashion Week, the Christopher Kane flagship store has opened its door on Mount Street in Mayfair. The brick-and-mortar location is the first of its kind for the British designer and is an inspiring space that reflects Kane's particular approach to design.

The Christopher Kane flagship store will run a 6-day a week schedule, except during London Fashion Week, which means the shop's premiere Sunday will see a lot of activity. To mark the occasion, a number of limited edition bags have been created and will be only available at the store.