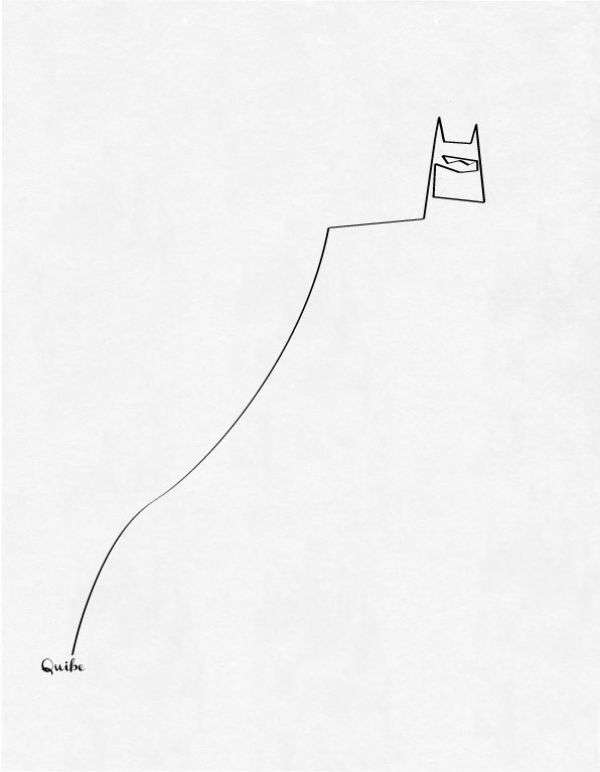 Meghan Young — January 15, 2013 — Pop Culture
References: mini-q.tumblr & neatorama
Share on Facebook Share on Twitter Share on LinkedIn Share on Pinterest
Crisp and convincing, artist Christophe Louis (also known as Quibe) draws portraits of pop culture characters with a single line. From science fiction flicks to comic books and anime movies, he draws inspiration from a vast selection of iconic characters. Whether Christophe Louis depicts a simple Batman or a more elaborate Christopher Eccleston, the ninth incarnation of the Doctor in the British television series 'Doctor Who,' the use of a single line creates a visually intriguing effect.

Working as an illustrator in France, Christophe Louis has mastered the art of simplicity. Although some of the portraits can be considered detailed, the fact that he uses only one line to complete each one speaks to not only his talent, but his eye for minimal intricacy. Overall, each image is recognizable, which is a feat in and of itself.
5.9
Score
Popularity
Activity
Freshness
Jeremy Gutsche Keynote Speaker