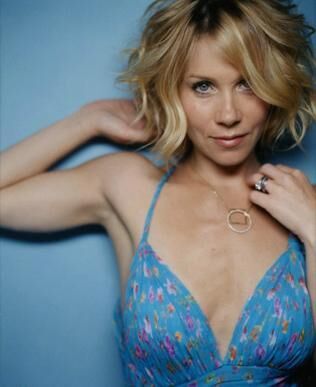 From Christina Applegate to Kylie

Ayman — August 20, 2008 — Social Good
References: trendhunter
Share on Facebook Share on Twitter Share on LinkedIn Share on Pinterest
Christina Applegate is the latest celebrity to draw attention to the important issue of breast cancer. As more and more celebrities are becoming vocal and open about their experiences with the disease, they are sending a positive and important message to all women. Breast cancer is nothing to be ashamed of, you do not have to suffer in silence. Also, women should periodically and routinely test themselves. Catching breast cancer in its early stages gives you an extra edge at defeating the disease.

In this article, we celebrate 10 celebrities who courageously fought breast cancer and helped spread awareness about it.

Christina Applegate was recently diagnosed with breast cancer. She is now 100% cancer free after undergoing a double mastectomy. Applegate plans on doing a reconstructive surgery in the following months.

Sheryl Crow was diagnosed in 2006 during a routine mammogram. She underwent minimally invasive surgery and radiation therapy. Crow wrote a song entitled ‘Make It Go Away (Radiation Song)’ about her experience in her latest album “Detours.”

After being diagnosed in 2004, rocker Melissa Etheridge made a bold statement when she performed at the 2005 Grammy Awards with a bald head as a result of her chemo therapy. Etheridge sent a very positive message to all the women who felt ashamed of losing their hair during cancer treatment.

Kylie Minogue was diagnosed in May 2005 while she was on her Showgirl Tour. Minogue had early-stage breast cancer. She underwent chemo and radiation. Kylie wrote a song inspired by her experience entitled ‘No More Rain’ in her latest album, “X.”

Suzanne Somers announced her battle with breast cancer on “Larry King Live” after being diagnosed in 2001.

Former first lady Nancy Reagan was diagnosed in 1987 during a routine mammogram. The Nancy Reagan Breast Center, a California care facility is named in her honor.

Another former first lady Betty Ford, was diagnosed in 1974. She was one of the first high profile American women to publicly discuss her mastectomy. At that time, having breast cancer was considered something shameful that must be hidden and not talked about.

Pop singer Anastacia was diagnosed in 2003 and has since been raising breast cancer awareness.

Elizabeth Edwards, the wife of John Edwards was diagnosed with breast cancer in 2004. She published a book entitled “Saving Graces” in 2006.

Grammy-winning singer and actress Olivia Newton-John was diagnosed in 1992. She became a vocal and active fighter for breast cancer awareness. In 2005, she released “Stronger Than Before,” an album that promoted breast cancer awareness. She also campaigns for funds for the Olivia Newton-John Cancer Centre in Melbourne, Australia.
5.3
Score
Popularity
Activity
Freshness
Access Advisory Services