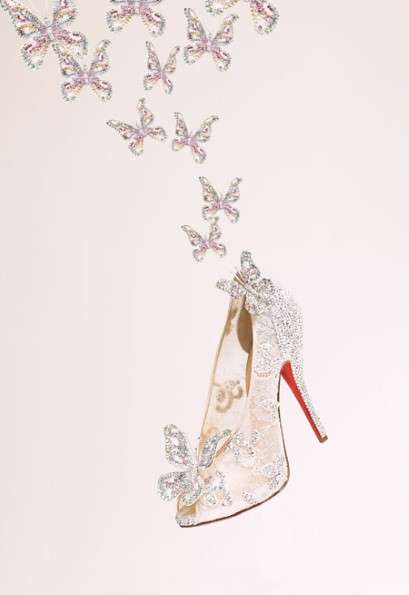 The Christian Louboutin glass slipper is not actually a glass shoe, but it definitely fits the fairytale theme. It's a peep-toe pump decorated with delicate crystals atop a swathe of white lace, with large sparkling butterfly accents and of course, the designer's signature red sole. The contemporary interpretation of the glass slipper was unveiled in Paris, and only 20 pairs of the shoe will be made.

The designer himself describes the shoe as being dictated by Disney's Cinderella character and her story. He goes on to say, "Cinderella is not only an iconic character when it comes to grace and fairytale love, but also shoes. The dream is a major factor in my language of design. There are no limits in the world of fantasy and there is always a happily ever after."
5
Score
Popularity
Activity
Freshness
Access Advisory Services