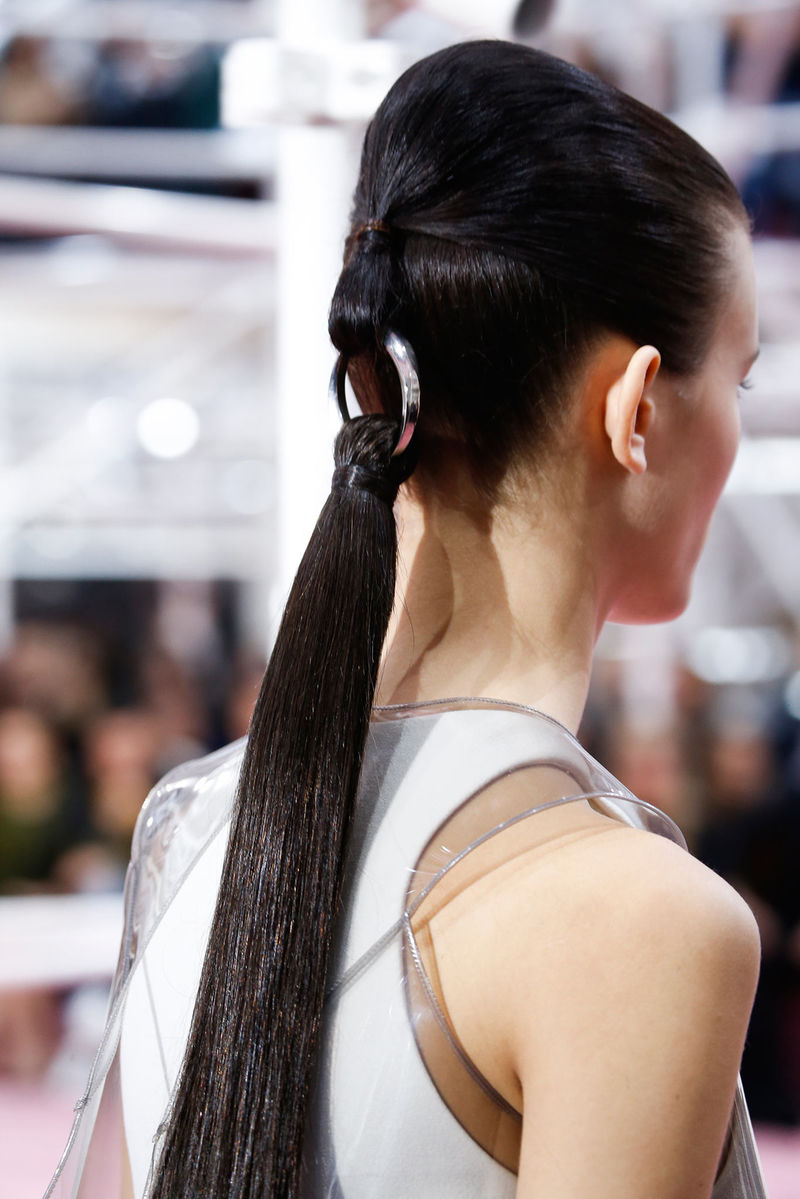 Erin Fox — February 10, 2015 — Fashion
References: dior & vogue
At the Spring 2015 Couture Week, the Christian Dior Couture hair style stole the show. The detached ponytails were the talk of the week and exploded throughout social media. Each model had their own hair wrapped and tucked through a silver or colored hoop. Through the metal hoop, hair extensions were applied to create a distorted hairdo.

The intricate hairstyles of the Christian Dior Spring 2015 Couture show are breaking new grounds. Hairstylist Guido Palau created the vision of the classic hairdo. “Raf [Simons] and I talked about classic hair with structure — but made modern," said Palau. The effortless appeal turned heads this season for more than one reason. “It’s quite a lot of style, but still very simple — it’s the couture ponytail," noted Palau.
5.8
Score
Popularity
Activity
Freshness