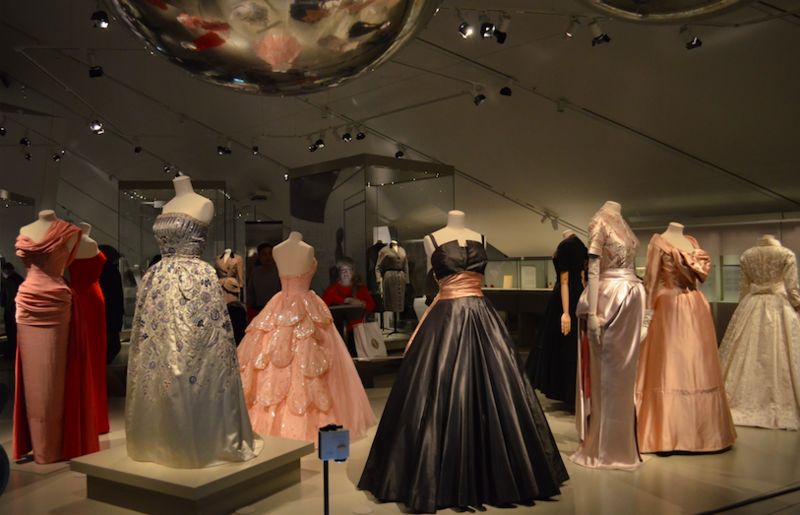 Amy Duong — December 5, 2017 — Luxury
References: dior & rom.on
Share on Facebook Share on Twitter Share on LinkedIn Share on Pinterest
In celebration of the House of Dior's 70th anniversary, Toronto's own Royal Ontario Museum opened its doors to the Christian Dior exhibit on November 25th. It features a display of the works by French designer Christian Dior during 1947-1957. The exhibit is presented by Senior Curator Dr. Alexandra Palmer, who brings together a collection that beautifully captivates the first decade of Dior's designs. The designer exhibits his range of work from jewelry, footwear, perfume, daytime outfits and evening wear. It really shows the intricate cultivation in his designs through every detail that's found within the textiles and embroidery designs.

Many of the breathtaking pieces were donated to the Dior exhibit by Toronto socialites to showcase a little about the lives of those who wore them. Not only that, but the exhibit dives into the aspirations of those who made and sold the Dior pieces as well. In Dr. Alexandra Palmer's curatorial statement, she writes, "It is this complicated mix of personal, the aesthetic, and the economic that makes fashion such an endlessly fascinating subject of research, and explains why a dress is so much more than just a pretty dress."
5.6
Score
Popularity
Activity
Freshness
Get Trend Hunter Dashboard