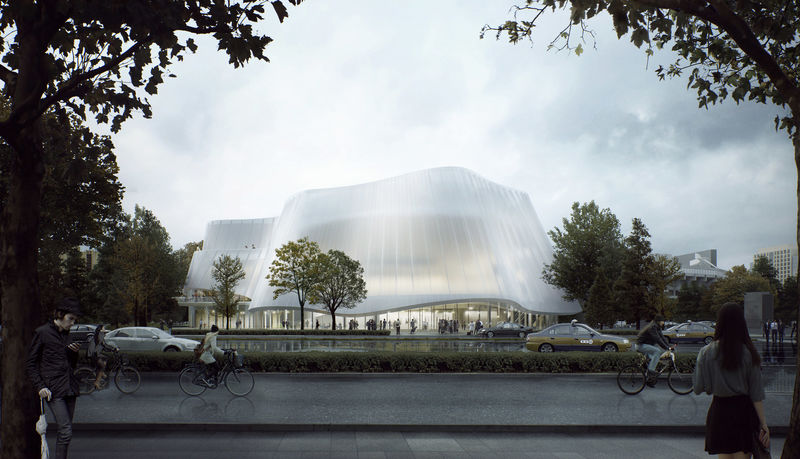 The China Philharmonic Hall Will Be in Beijing's Business District

Joey Haar — October 18, 2016 — Art & Design
References: i-mad & dezeen
Share on Facebook Share on Twitter Share on LinkedIn Share on Pinterest
MAD, the heavy-hitting Beijing-based architecture firm, has unveiled the first concept images for its design of the China Philharmonic Hall, and it is an ambitious one. The building, which will be located outside Workers Stadium in Beijing's central business district, will be covered in a translucent facade that will provide a murky, mysterious look into the atria and common areas of the hall.

The translucent facade offers many practical and artistic benefits. Artistically, MAD compares it to a piece of jade gently emerging from the landscape. Jade is a historically important stone in Chinese culture. Practically, the China Philharmonic Hall's facade will act as a giant light diffuser, guaranteeing that the inner atria are always bathed in a soft white glow.