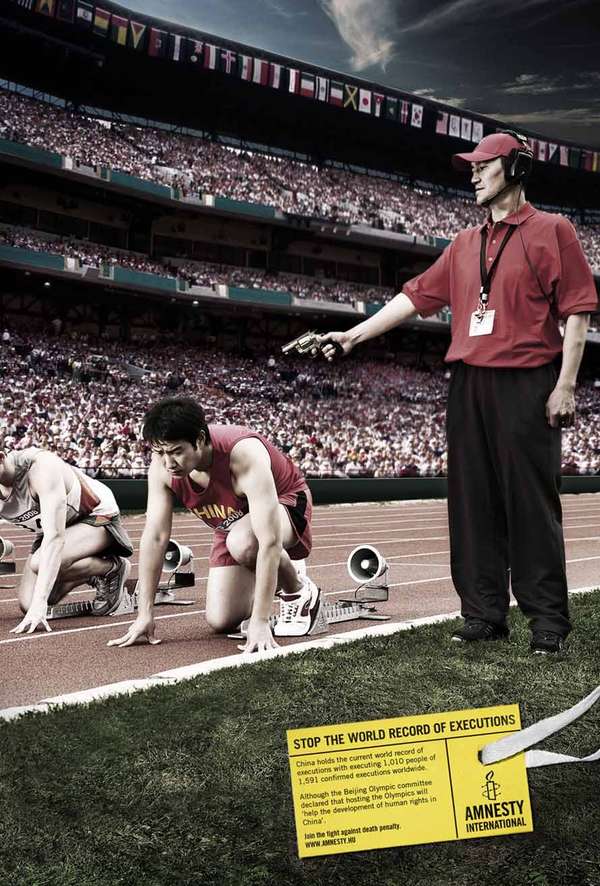 mediterranean — July 25, 2008 — Social Good
References: amnesty & adsoftheworld
Amnesty International is really pissed off at China, and with good reason. According to their new, straight-to-the-point ad, "China holds the current world record of executions with executing 1,010 people of 1,591 confirmed executions worldwide."

The ad, which was created by DDB Budapest, shows a terrified Chinese athlete assuming the starting position on the tracks while the coach points a gun at his head.

The message is obvious. Do not let the Beijing Olympic hoopla distract you from the horrible violations against human rights.