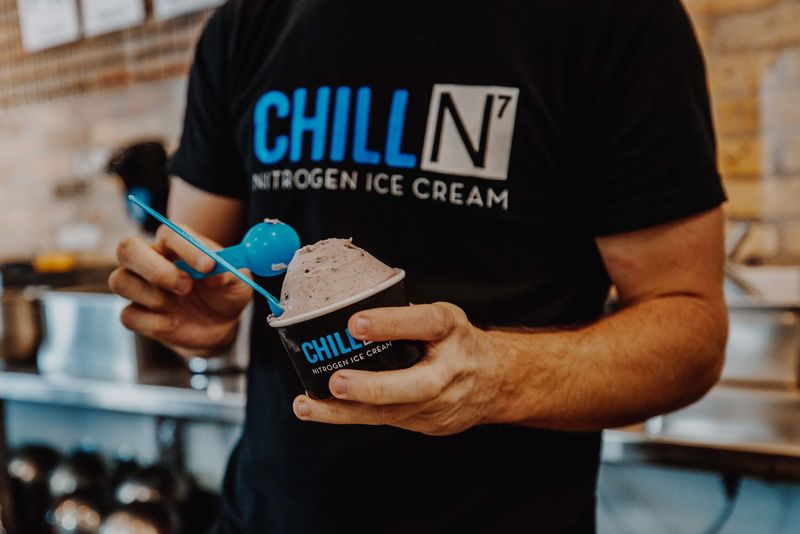 Kalina Nedelcheva — June 3, 2020 — Business
References: chillnicecream & qsrmagazine
Share on Facebook Share on Twitter Share on LinkedIn Share on Pinterest
Launched by Millennial entrepreneur Daniel Golik, Chill-N Nitrogen Ice Cream was the first shop of its kind in the nation. In the later part of 2019, the company announced its national franchise program, with an interest "to expand the concept across the country." Since its launch in 2012, Chill-N Nitrogen Ice Cream has enjoyed "explosive growth" due to its innovative concept, high-quality recipes, and strong unit economics.

Catered predominantly to a Millennial audience, the Chill-N Nitrogen Ice Cream brand is currently looking for "single- and multi-unit operators to [...] develop franchise territories in new markets." Overseen by "veteran franchise executive" David Leonardo who was promoted to CEO of the business in May 2019, the opportunity is lucrative for many individuals, young and old, who want to take advantage of the "proven business model."