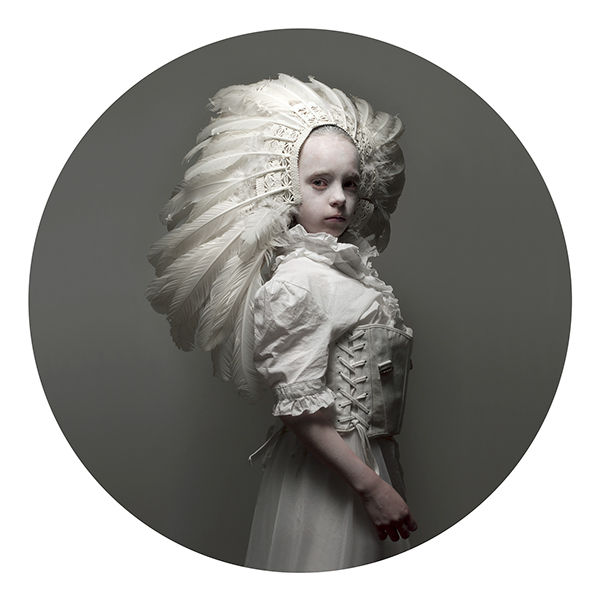 Childhood Lost by Justyna Neryng is Nostalgic and Evocative

Meghan Young — June 25, 2014 — Fashion
References: justynaneryng & behance.net
Share on Facebook Share on Twitter Share on LinkedIn Share on Pinterest
Childhood Lost by Justyna Neryng, a photographer based in Brighton, United Kingdom, is a surreal portrait series that revolves around a costumed child. Yet these are not one's typical Halloween get ups. Instead, the outfits are much more elaborate and convincing, even though they are equally otherworldly. As though stepping out of a fairy tale, there is a vintage Victorian appeal to them as well as an animalistic aesthetic.

Whether channeling her inner feathery sorcerer or a horned warrior, the girl starring in the photo series titled Childhood Lost by Justyna Neryng are impressively serious. Inspired by portraiture from the Golden Age of Dutch painting as well as the land of myths and legends, the timeless portraits are nostalgic, evocative and exploratory. Side note, the series stars the photographer's own daughter.
6
Score
Popularity
Activity
Freshness
Attend Future Festival Virtual