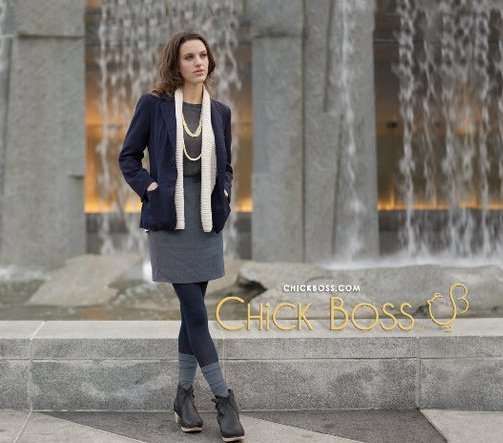 The social jewelry line, which also has offices in California and Hawaii, was launched by Pat Pannell after a Spanish immersion program in 2011 led her to San Andres, Guatemala. She formed close relationships with the locals and began noticing how many children were unable to go to school because their families could not afford school supplies and uniforms. Chick Boss was born as a result of Pat's infuriation and her overwhelming urge to do something to help.

"We insist on paying what we feel to be a 'living wage' (almost 3 times the required minimum and much more than "Free Trade")," she says on ChickBoss.com. "Our workers also receive health insurance, paid vacations, plus social security and unemployment benefits."

"The 'ladies' as we call them, all work from home which allows them to spend time with their children. The young adults work in our shop as metal smiths and finish workers."

The Chick Boss jewelry line includes necklaces made with natural stones and metals, those made with fiber optic glass, and mixed metal necklace and earring sets.