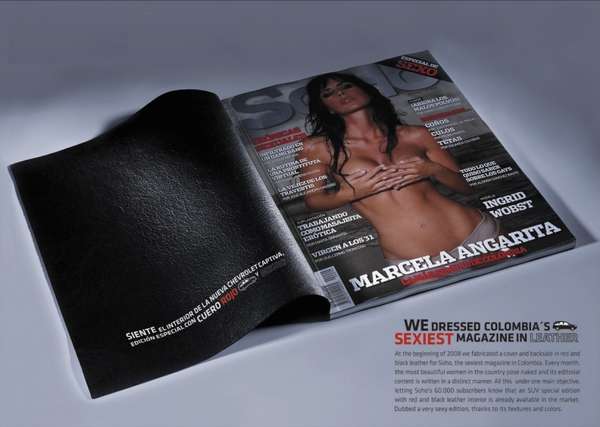 The purpose was to let the 60,000 upper-class subscribers of the magazine know about a special edition Chevrolet SUV with black and red leather interior.

The packaging featured black and red leather cover and backside of the issue that was dubbed "a very sexy edition".

I absolutely love the novelty and applaud the attention to details of this promotion which was customized to maximum effect according to the target audience.
4.5
Score
Popularity
Activity
Freshness
Attend Future Festival