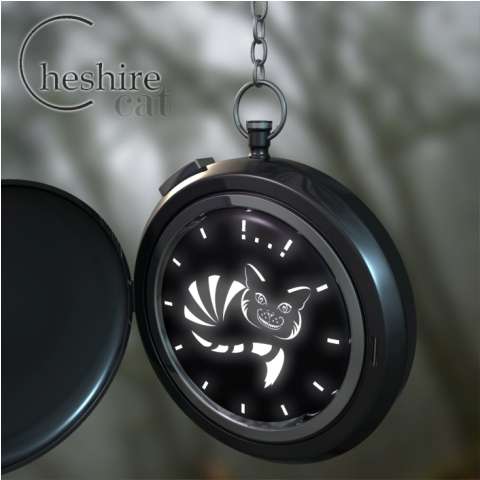 Michael Hines — March 22, 2011 — Fashion
References: tokyoflash & neatorama
Share on Facebook Share on Twitter Share on LinkedIn Share on Pinterest
Those of you that love Alice in Wonderland (you know who you are) are going to fall bum over noggin for the Cheshire Cat Pocket Watch. The Cheshire Cat Pocket Watch is a conceptual timepiece submitted to the Tokyoflash Design blog by an American designer named Cory.

That may sound ridiculous and counter-intuitive, but it actually isn't so hard to tell time on this watch after a little practice. The watch is currently a concept only (although Tokyoflash has been known to turn popular concept watches into semi-popular realities). Alice in Wonderland fanboys and girls, commence finger crossing now.
3.7
Score
Popularity
Activity
Freshness
View Innovation Webinars