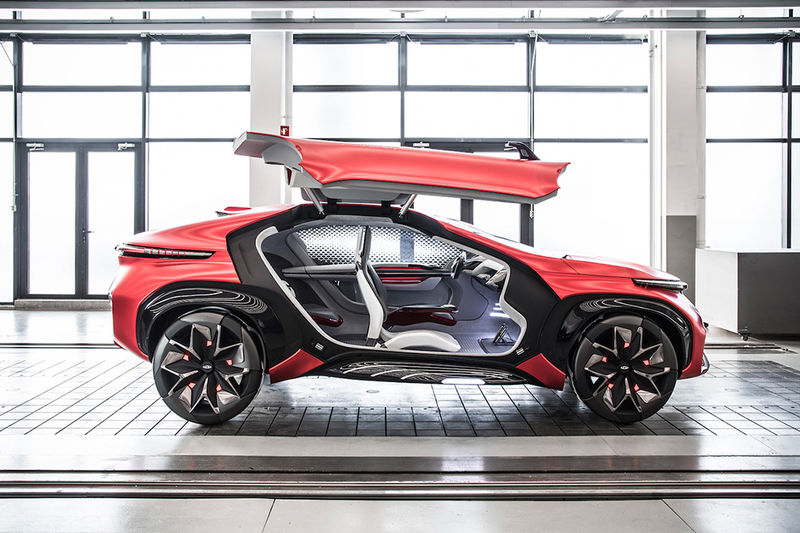 Joey Haar — August 8, 2016 — Autos
References: cheryinternational & yankodesign
Share on Facebook Share on Twitter Share on LinkedIn Share on Pinterest
Unveiled at the 'Auto China 2016' motor show, the Chery FV2030 is a radical reimagining of what SUVs can be. With a sleek and sporty design highlighted by gullwing doors, the concept vehicle is Chinese automotive company Chery's attempt to flex its design muscles and show its vision for the future in front of a major audience.

Aside from the gullwing doors, which are a feature more typically associated with Lamborghinis and Ferraris of the 80s, the Chery FV2030 incorporates a slew of technological features. Its headlights, for example, use a scaled effect to emerge from the front of the vehicle like a snake shedding its skin. The FV2030's wheels are also made from a solid piece of carbon fiber material, providing shock absorption while eliminating the need for hubs and tires.

As the Chery FV2030's name suggests, the SUV is a peek at a not-too-distant future for automobiles.
6.8
Score
Popularity
Activity
Freshness
Access Advisory Services