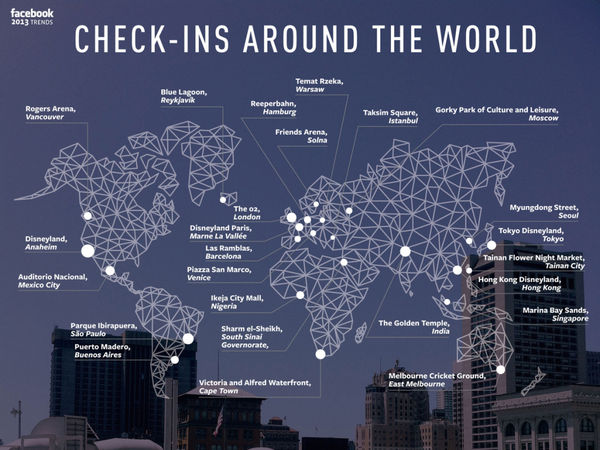 In North America, the top check-in locations are all situated on the west coast and include Vancouver’s Rogers Arena, the Auditorio Nacional in Mexico City and of course, one of the happiest places on earth — Disneyland. As well as in the US, Disneyland makes more than one appearance on the map in Paris, Tokyo and again in Hong Kong.

Some other notable sites in the top 25 include Reykjavik’s Blue Lagoon and India’s Golden Temple. On your travels, have you checked into any of these locations?
4.7
Score
Popularity
Activity
Freshness
View Innovation Webinars