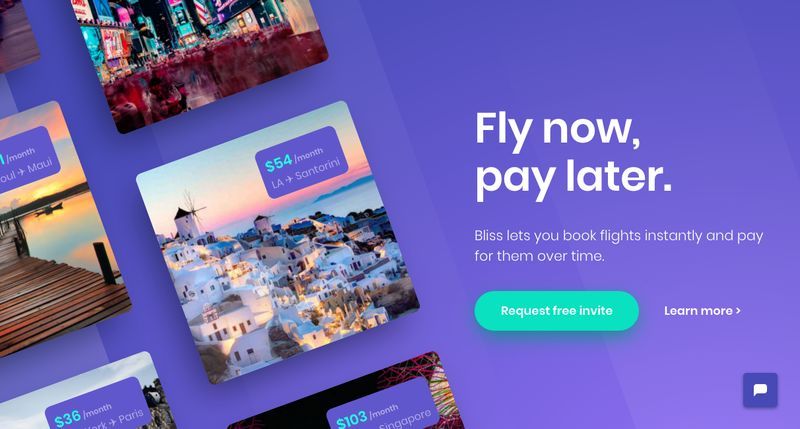 Alyson Wyers — September 8, 2017 — World
References: bliss.flights & betalist
Share on Facebook Share on Twitter Share on LinkedIn Share on Pinterest
Many travelers are seeking cheap airfare, but this travel startup is making it easier than ever for the budget conscious to indulge in their wanderlust. Based in New York, Bliss allows you to book flights immediately and pay for them later, without having to put a single dollar down upfront.

Currently in beta, the new venture lets you pay for flights in instalments. They also help you find cheap airfare by comparing more than 200 sites to find you the most inexpensive flight possible, sending you notifications when significantly low fares come up nearby and alerting you to other flash deals. Additionally, Bliss does redeemable points for those who book with their platform, which is available in app and website form.
4
Score
Popularity
Activity
Freshness
Get the 2021 Trend Report FREE