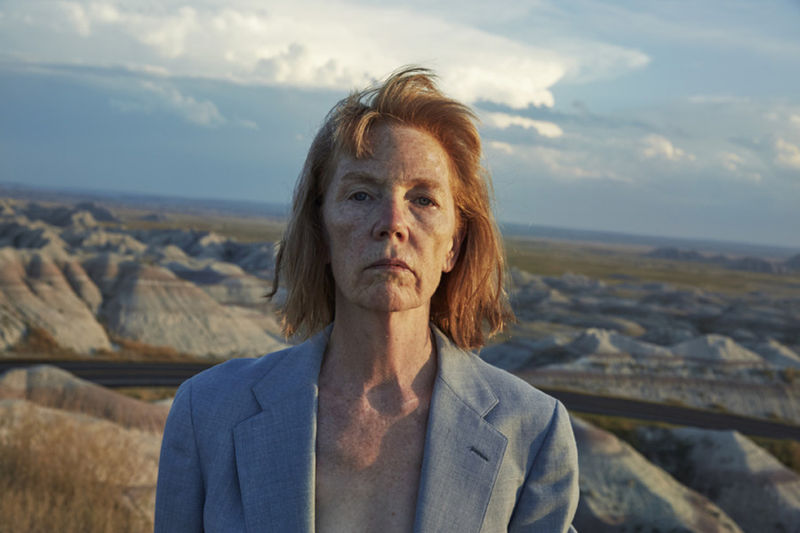 Amy Duong — August 30, 2018 — Tech
References: scrapmetalgallery
Share on Facebook Share on Twitter Share on LinkedIn Share on Pinterest
Charlie Engman's contribution to the exhibition organized in collaboration with the Scotiabank CONTACT Photography Festival is entitled 'Mom' and celebrates just that. Kathleen McCain Engman is many things, but above all, she is a mother. She models in a photograph series captured by her son, playing the role of his muse as well -- in doing so, he learns more and more about who she is, beyond just her motherly role. These photographs capture her essence, as she does not show up in most of the editorial spreads. In the shots, she wears clothes that are tight, or made for someone younger, or is barely dressed in wide fields. Through the series, the audience is able to observe a middle-aged American woman explore different fashions and momentarily free herself of cultural baggage and temporarily fix herself from motherhood.