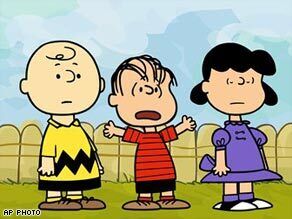 The updated versions of Charlie Brown’s antics will be fresh, but honour the integrity of the original comic strip. Warner Brother’s Motion Comics are behind the production, done in Flash. In one episode, Linus runs for class president. You’ll have to download the episodes to find out if Lucy is his running mate.