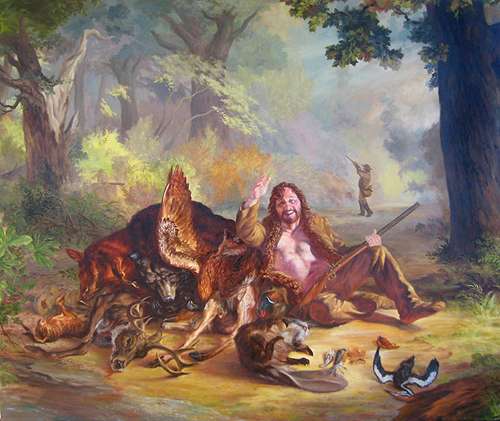 His illustrations offer detailed images that often feature contradictory elements. One of my favorite Charles Browning illustrations shows a pumpkin with a knife in it near a table that is covered in apples, grapes, a large vase and stretched and free flowers, and what appears to be a human skull.

Another highlight features a large fruit basket, abandoned and outdoors on a dusty, sand-like surface. The attention to detail and effervescent nature of the illustrations give his work a captivating vibe, despite lacking an obvious cohesive story or narrative.

My favorite of the Charles Browning illustrations, however, is without a doubt the ones that feature soft humor touches. His illustration of a physically spent hunter lying next to his spoils and offering a greeting to the viewer of the painting is both comedic and sad.
4.5
Score
Popularity
Activity
Freshness
Attend Future Festival