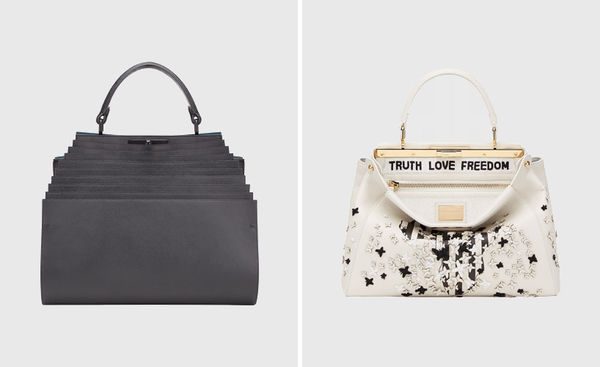 Fendi Collaborates with Artists to Produce Variations on Peekaboo Line

The designs will all be auctioned off for charity at Sotheby's at the end of May, 2014. Each artist brought their own unique touch to the bags, with Hadid's being quite geometric and black in color. On the outside, the texture almost looks like terraced steps leading up to the opening of the bag, elevating the design from a classic carryall to something with more of an edge. For Adele, she even included eyelash-resembling details on the inside of the bag that resemble the singer's stand-out facial features.

Hopefully the bags will raise ample amounts of money for charity at the auction.