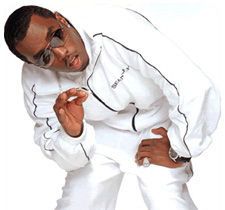 Kyla Gutsche — November 20, 2005 — Fashion
References: washingtonpost
Share on Facebook Share on Twitter Share on LinkedIn Share on Pinterest
Sadly, just as you replaced your existing wardrobe, signs are out that the Hip Hop look is losing its bling. Early in November, Detroit's scandalous major Kwame Kilpatrick was reelected only after he removed his diamond stud and renounced his affection for Hip Hop. With the new NBA dress code, players now arrive to the game wearing sport jackets, instead of oversize T-Shirts. This is all the result of the new NBA dress code.


The fashion industry embraced hip-hop style as a kind of classic, in-your-face urban sportswear, making millions of dollars selling baggy jeans to suburbia and high society. But unlike other trends -- hippie chic, punk rebelliousness -- that long ago severed any connection to their origins and became pure aesthetic gestures, hip-hop remains inextricably and problematically linked to its gritty, aggressive beginnings.