Top 100 Activism Trends in 2019
Next
Set of
Related
Ideas 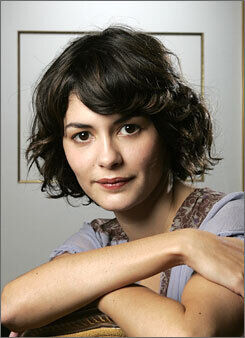 The Life and Death of Chanel &Gucci

jelalyn — December 22, 2007 — Pop Culture
References: catwalkqueen & usatoday
It seems the tale of a fashion designer is never complete without it ending in a film. No matter how vast the fashion revolutionary's empire is, cinema is still a seductive end-all trend even for the post-mortem designers.

The life of fashion legend Coco Chanel is set to be filmed starting early 2008. To be headed by French director Anne Fontaine, Chanel's movie will be starred by The Da Vinci Code actress Audrey Tautou.

According to Fontaine, "I wanted to follow the interior path of this young woman who was poor, without education, but who had an uncommon personality that was ahead of her time."

Also on the works is a film about Italian fashion legendary clan Gucci. The film about the controversial rise and fall of the Gucci fashion dynasty during the '70s and '80s will be directed by British film director Ridley Scott and will be distributed by Fox 2000.
2.5
Score
Popularity
Activity
Freshness