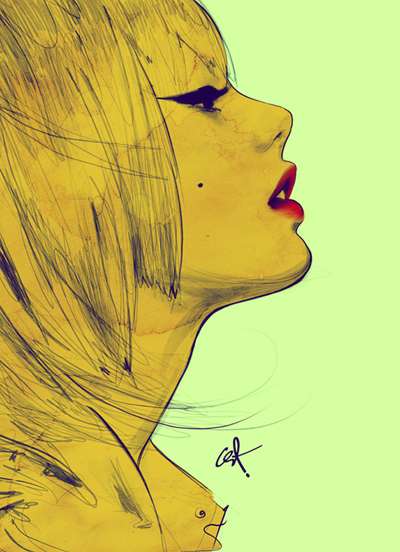 Jason Soy — January 7, 2012 — Art & Design
References: cetinyildiz.daportfolio & behance.net
Share on Facebook Share on Twitter Share on LinkedIn Share on Pinterest
Most artists avoid scribbling, or tend to remove their construction lines once they finalize their renderings, but Cetin Yildiz manages to integrate rough lines into his work, and has even managed to make it one of the defining elements of his particular visual style.

Judging from his images, it looks as though Cetin Yildiz sketches his images using pens or pencils before scanning them into the computer to be colored digitally. He then uses his pen tablet to add in a flurry of squiggly lines, which help punctuate certain aspects of his rendering, such as his subjects’ hair or the movement of their pose. Ultimately, it gives his work an urban and analog feel despite being processed through digital image making software. Simply put, it looks beautiful and natural at the same time.
5.9
Score
Popularity
Activity
Freshness
View Innovation Webinars