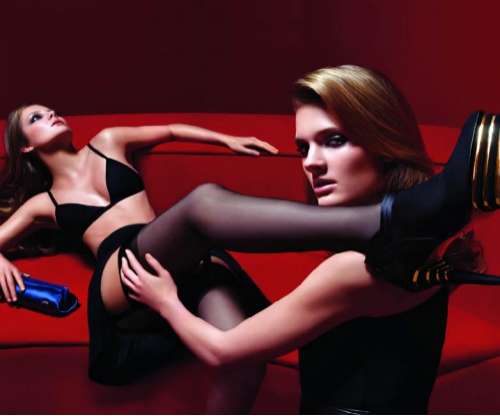 Sorrenti captured models Constance Jablonski and Eniko Mihalik getting quite physical and intimate in the homoerotic suggestive ads.

The ads seem to be an extension of Mario Sorrenti’s recent Vogue Italia editorial, Série Noire, minus the sinister vibe.

Implications - Once, sensual imagery would be enough to spawn controversey. Today, however, brands are pushing the limits of "sexvertising." Accordingly, consumers are becoming desensitized to such provocative imagery, to the point in which seeing risquÃ© same-sex photography, extreme sexual poses and even blatant nudity can get nothing but a nonchalant shrug from the viewer.
6.1
Score
Popularity
Activity
Freshness
Attend Future Festival