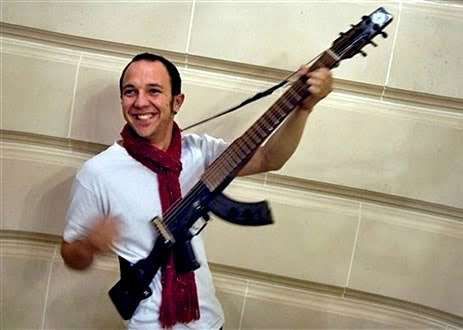 César López began turning decommissioned guns into guitars a few years ago, as violent drug wars made South America one of the most dangerous places in the world. López's inventive creations have been dubbed "escopetarras," which is a combination of the Spanish words for 'guitar' and 'rifle.' His electric guitar guns have garnered him attention worldwide, including with celebrities like Bob Geldof and political luminaries like Kofi Annan. Lopez does not sell his creations, rather he creates them to establish a message of peace and progress.

"A weapon means intimidation, destruction, and death. A guitar represents life—creativity and construction," César López told the Miami Herald. "When they unite, they create an object that symbolizes transformation. It's a symbol that anything can change," he continued.
3.1
Score
Popularity
Activity
Freshness
Get Better and Faster