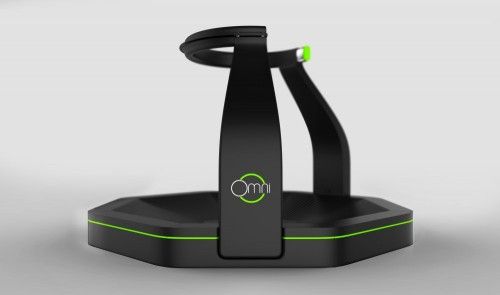 Meghan Young — January 10, 2014 — Tech
References: virtuix & theverge
Share on Facebook Share on Twitter Share on LinkedIn Share on Pinterest
The CES 2014 Virtuix Omni debut was exciting not only because people were given the chance to try out the all-body virtual reality gaming system, but because it displayed a sleek new design. A huge step-up from its prototype that hit waves over in the Internet early last year, it boasts an all-black look and a circular motif, which is not very different from the original, just slimmer.

Showcasing its 40 capacitive sensors and its ability to be more accurate by offering analog motion instead of tracking leg movements with a Microsoft Kinect, the CES 2014 Virtuix Omni debut was understandably exciting and impressive. Incredibly immersive, The Verge's Ellis Hamburger tried out the rig with only one major complaint: motion sickness.
4.2
Score
Popularity
Activity
Freshness
Attend Future Festival