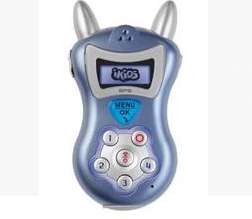 The Right Mobile For Each Age Group

Bianca — December 28, 2007 — Tech
References: bild.t-online.de
Share on Facebook Share on Twitter Share on LinkedIn Share on Pinterest
Even parents who have been resisting their child's pleas for a cellphone know the day they give in isn't far off. In today's world, it's become almost necessary to ensure a child's security. Kids are running out and doing things alone more often, from going to friends places, to getting to soccer practice, to strolling downtown. For safety purposes, parents like to be able to reach their children at any time, regardless of where they are.

As long as parents teach them have to budget their phone bills, not to text too much or make long phone calls, cellphones can be useful tools to keep tabs on mobile kids. There are special phones now for specific needs and age groups.

For kids under 12, it's a good idea to have a phone for emergencies. These types of phones have only a few keys that automatically dial an assigned number (home, dad's office, the grandparents, school, police, etc.) Phones in this category include the Easy 5, iPhone and Junior phone. The kiili phone is suited best for kids between 6-12. Scariest of all is the Teddy phone which looks more like something you'd give a teething toddler than a child capable of making phone calls.

Around age 12, cell phones begin to become status symbols, and there's pressure within social circles to have certain models. Parents should examine budgets, then consider if a multimedia phone with an integrated music player or digital camera would be worthwhile, like the Samsung SGH-D900i.

The key to getting phones for kids is using prepaid cards, so they can't talk over their limit. Restricting air time and number of texts not only keeps bank accounts on safe grounds, but teaches kids the value of budgeting. If kids go over their allotted time, parents shouldn't refill the accounts until the following month. With these child-friendly phones, emergency calling features are still possible, even once the accounts have reached their limits.